The Committee on Climate Change has published its Sixth Carbon Budget (2033-37) including the first ever detailed assessment of the changes that will result from the transition to Net Zero and the key milestones that must be met. In a monumental 1,000-page report library, the CCC said that the cost of the transition will be significantly less than previously thought – less than 1% of national wealth – with cost and other benefits accruing to people across a wide range of areas.

To deliver the objectives, the CCC says, a major investment programme across the country must be delivered, in large measure by the private sector. It adds that that investment will also be the key to the UK’s economic recovery in the next decade.

In many areas, the report says, this gives people real savings, as the nation uses fewer resources and adopts cleaner, more-efficient technologies, like electric cars, to replace their fossil-fuelled predecessors. 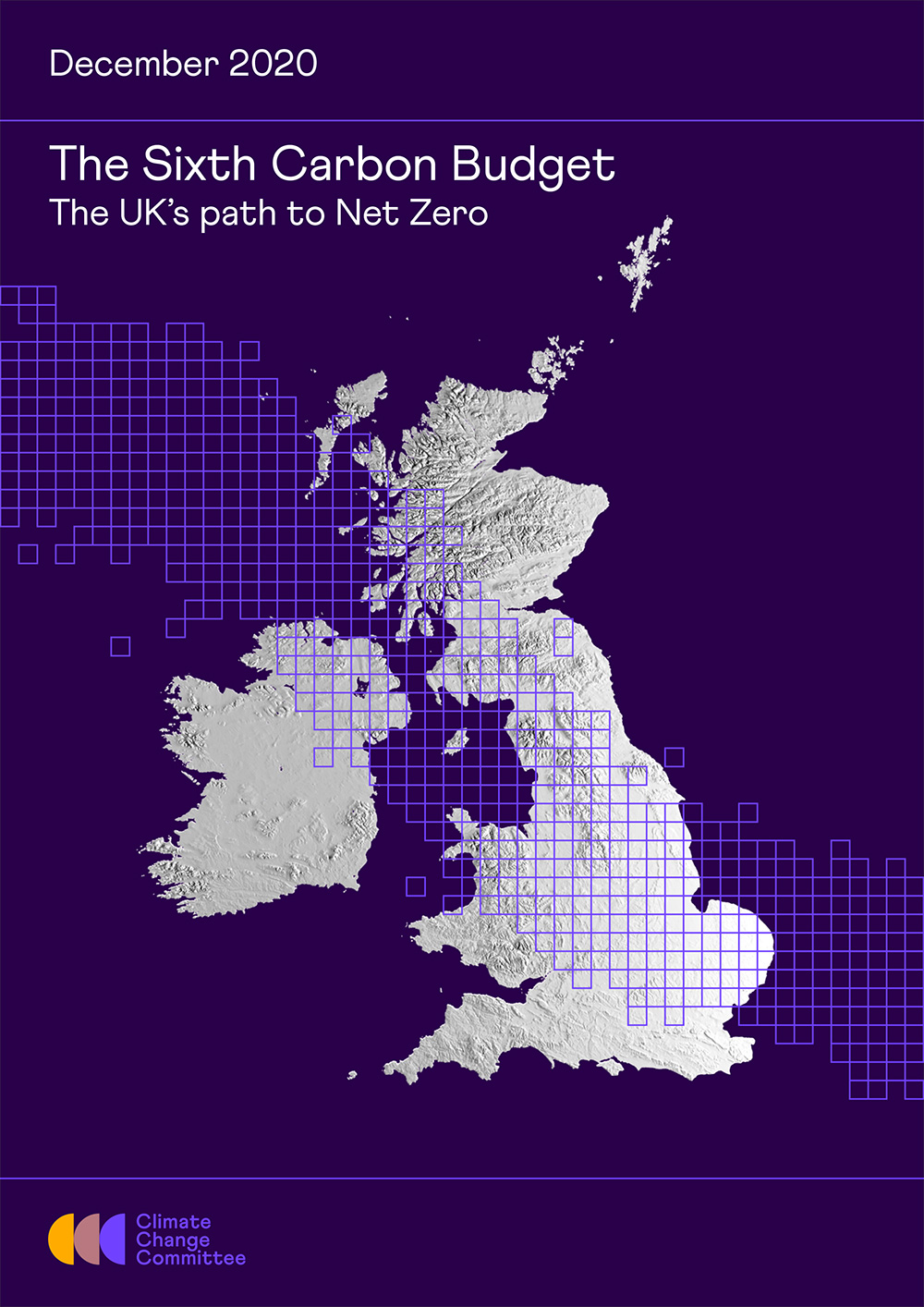 The CCC finds that energy and transport cost savings substantially reduce the cost of Net Zero compared with previous assessments: now down to less than 1% of GDP throughout the next 30 years. This is a result, it says, not only to the falling cost of offshore wind but also a range of new low cost, low carbon solutions in every sector.

Climate Change Committee Chairman, Lord Deben, said: “The Sixth Carbon Budget is a clear message to the world that the UK is open for low-carbon business. It’s ambitious, realistic and affordable. This is the right carbon budget for the UK at the right time. We deliver our recommendations to Government with genuine enthusiasm, knowing that Britain’s decisive zero-carbon transition brings real benefits to our people and our businesses while making the fundamental changes necessary to protect our planet.”

“As we emerge from the COVID-19 pandemic, the Sixth Carbon Budget is a chance to jump-start the UK’s economic recovery. Anything less would shut us out of new economic opportunities. It would also undermine our role as President of the next UN climate talks.”

The CCC is clear that the 2020s must be the decisive decade of progress and action on climate change. Modern low-carbon industries will grow; producing hydrogen; capturing carbon; creating new woodlands; renovating and decarbonising the UK’s 28 million homes. These provide hundreds of thousands of jobs throughout the UK.

The Committee says that a decisive lead from Government is required with full consideration also given to how the process can also be fair and just.

The CCC says that the Sixth Carbon Budget can be met through four key steps:

1. Take up of low-carbon solutions. People and businesses will choose to adopt low carbon solutions, as high carbon options are progressively phased out. By the early 2030s all new cars and vans and all boiler replacements in homes and other buildings are low carbon – largely electric. By 2040 all new trucks are low carbon. UK industry shifts to using renewable electricity or hydrogen instead of fossil fuels, or captures its carbon emissions, storing them safely under the sea.

2. Expansion of low-carbon energy supplies. UK electricity production is zero carbon by 2035. Offshore wind becomes the backbone of the whole UK energy system, growing from the Prime Minister’s promised 40GW in 2030 to 100GW or more by 2050. New uses for this clean electricity are found in transport, heating and industry, pushing up electricity demand by a half over the next 15 years, and doubling or even trebling demand by 2050. Low carbon hydrogen scales-up to be almost as large, in 2050, as electricity production is today. Hydrogen is used as a shipping and transport fuel and in industry, and potentially in some buildings, as a replacement for natural gas for heating.

3. Reducing demand for carbon-intensive activities. The UK wastes fewer resources and reduces its reliance on high-carbon goods. Buildings lose less energy through a national programme to improve insulation across the UK. Diets change, reducing our consumption of high carbon meat and dairy products by 20% by 2030, with further reductions in later years. There are fewer car miles travelled and demand for flights grows more slowly. These changes bring striking positive benefits for health and well-being.

4. Land and greenhouse gas removals. There is a transformation in agriculture and the use of farmland while maintaining the same levels of food per head produced today. By 2035, 460,000 hectares of new mixed woodland are planted to remove CO2 and deliver wider environmental benefits. 260,000 hectares of farmland shifts to producing energy crops. Woodland rises from 13% of UK land today to 15% by 2035 and 18% by 2050. Peatlands are widely restored and managed sustainably.

Related news: Prior to the publication of the CCC report, the Government announced its acceptance of the CCC’s earlier proposal to reduce the UK’s greenhouse gas emissions by at least 68% by 2030, compared with 1990 levels.

The UK’s new target to reduce greenhouse gas emissions – our Nationally Determined Contribution (NDC) under the Paris Climate Agreement – is among the highest in the world and, the Government says, commits the UK to cutting emissions at the fastest rate of any major economy so far.