Multiple sources have reported that a form of road user charging is being considered by the Treasury as electric vehicle sales surge and revenues from fuel duty and other motoring taxes fall. The rapid increase in the public sector deficit as a result of the Covid-19 pandemic are another potential driver for the policy change. However, proposals did not appear in the Spending Review, perhaps as a result of adverse media coverage in advance of the announcement.

In a blog for Transport Times, LowCVP Board member Claire Haigh wrote:  “What would have made this [the 2030 ICE phase-out announcement] a real game changer would have been if proposals for a national road pricing scheme had been included alongside the 2030 ban, to replace diminishing receipts from fuel duty and other road taxation. 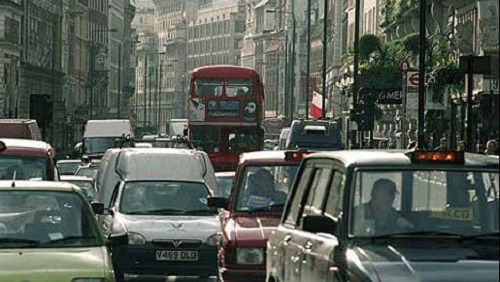 “Welcome though the 2030 ban will be to jumpstart the market for electric vehicles (EVs) in the UK, the fiscal implications will still have to be addressed. Crucially, the ban on its own won’t bring about the necessary reductions in emissions from road transport. It is estimated that we will still need to reduce traffic on our roads by anywhere between 20% and 60% by 2030.”

Proposals to shift road transport taxation from fuel taxes to various forms of time and distance-based use of the roads have been mooted for at least two decades but have provoked controversy and strong opposition from road user groups like the Association of British Drivers.

Since the earliest proposals, digital and connected technology has advanced rapidly, making road user charging a much more practical, flexible proposition than before. The introduction of electric vehicles and the expected rapid growth in their uptake has been expected to focus the minds of Treasury economists for some time as revenues from conventional means of taxing cars and other vehicles are bound to fall.

Commenting on the emerging debate LowCVP Managing Director, Andy Eastlake said: “There’s no doubt that relying on the duty levied on combustion fuels, whilst relatively simple, is not the way forward, so some form of road user charging may be a much more flexible, nuanced policy instrument than traditional fuel duty.
“Well-designed, it can target a range of policy objectives in addition to raising vital revenue; for example, congestion, pollution (local as well as CO2) and vehicle/journey choices.

“As electrification of the UK’s car and van fleets gathers pace, I expect this debate to gather pace and urgency.

“Perhaps we also need to think of a more appropriate label other than road user charging since the aim is to reduce the environmental and social impact (noise, pollution, congestion) and actually encourage the efficient use and maintenance of the existing roads.”