The Chancellor, Rishi Sunak has outlined £100bn of capital expenditure as part of the 2020 Spending Review. The spending is targeted at helping the UK economy recover from the Covid-19 pandemic. The announcement is supported by a new National Infrastructure Strategy which outlines the Government’s vision for infrastructure investment over the long-term.

The Treasury has also announced that it will set up a new Northern headquarters next year as part of the Government’s ‘levelling up’ agenda. 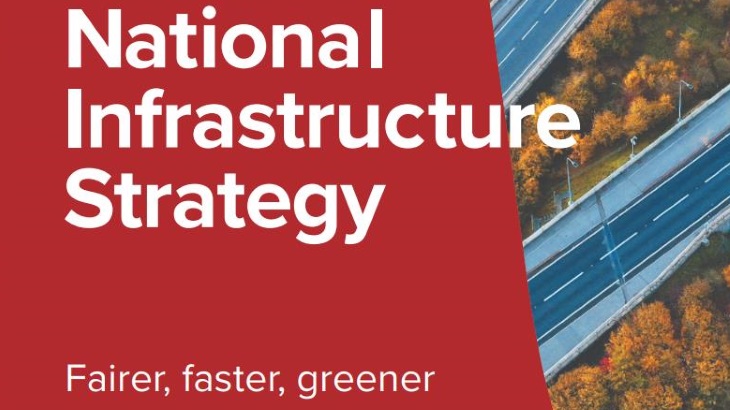 Transport projects will benefit from the £100 billion investment with the Chancellor committing almost £19bn next year, including £1.7bn for local roads maintenance and upgrades, while multi-year funding plans will enable more than £58 million to be invested in road and rail across the country.

More than £22bn of funding has also been allocated for High Speed 2, Europe’s largest construction project.

Representatives of transport and environmental organisations expressed varying responses to the announcement. Former minister,  Norman Baker of the Campaign for Better Transport said: “We welcome today’s announcement of a Levelling Up Fund and changes to the Green Book and hope that both will encourage more sustainable transport projects in the areas that need them most.

“We are disappointed that there was no mention of a long-term funding settlement for buses, or specific support for local authorities to invest in sustainable transport, both of which are needed to ensure councils and operators can plan for a transport future post-Covid.

“The Government now has a number of key taxation decisions to make at the next budget, including on the future of fuel duty and road user charging, if it wants to support its green ambitions.”

He said (reported by the BBC): “The Spending Review was a moment to unleash the green economic revolution, but Sunak failed.

“Instead of grasping the nettle and resetting our country on an economic course based around green jobs and investment – we had barely a mention on the climate crisis we face.”

Several environmentalists, however (according to BBC), applauded the chancellor for setting up an infrastructure bank to fund new projects such as offshore wind farms.

Kate Levick, from the think tank E3G, said: “It can play a transformative role in leveraging private sector investment into the green industrial revolution. It must also be given full banking powers, an independent remit, and the capital needed to drive our green recovery.”